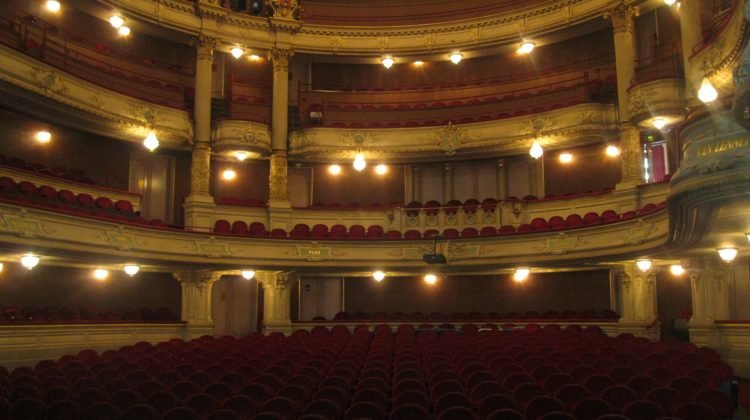 A woman filed a negligence and premises liability lawsuit against the Rialto Square Theatre in downtown Joliet, Illinois. She was injured in a slip and fall accident while attending a Tony Bennett concert in May 2019.

Deanne Mesquita-Merlo tripped, stumbled and fell down a flight of stairs inside the theater and suffered serious injuries. The lawsuit was filed in Will County against Rialto Square Theatre and VenuWorks, the entertainment company that manages the theater.

The complaint identified nine separate instances of negligence on the theater’s part. Rialto Square Theatre allegedly had an unsafe and confusing carpet pattern that “obscured the nosing edge of the stairs,” creating a tripping hazard for Mesquita-Merlo and other theater patrons.

The lawsuit also pointed out that the theater did not have a handrail next to the stairs. As a result, Mesquita-Merlo was unable to stop her fall. In addition, the theater allegedly failed to properly train its staff in crowd management to prevent large groups of patrons from rushing to exit the theater shortly before the concert ended.

Theaters and other public venues are responsible for keeping their premises reasonably safe for visitors. If you have been injured in a slip and fall accident, you may be able to file a premises liability claim against the negligent party.

Contact the personal injury attorneys at Briskman Briskman & Greenberg to learn more about the possibility of pursuing damages for your injuries. We handle all types of premises liability cases in Chicago and throughout Illinois.