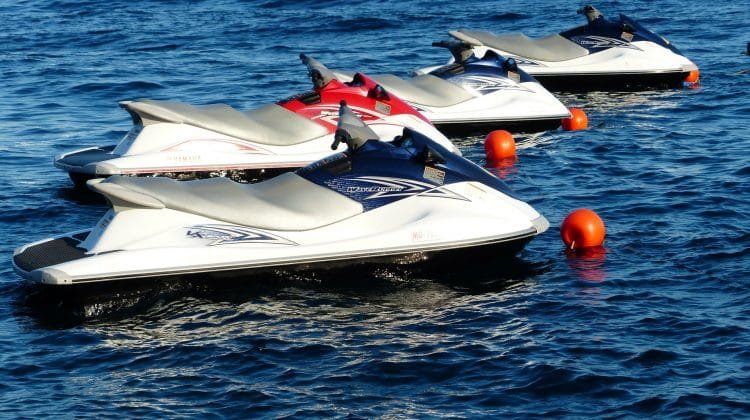 A 73-year-old man who was a passenger on a jet ski died in an accident on Lake Benton in Franklin County, Illinois. Police arrested the jet ski driver for driving a watercraft under the influence. The accident remains under investigation.

The Illinois Department of Natural Resources (DNR) Conservation Police identified the driver as Robert Hanselman and the passenger as Gary D. Graham. According to initial reports, Hanselman made a sharp U-turn that resulted in both men being thrown off the jet ski and into the lake.

Hanselman said he tried to swim toward the jet ski. Graham went underwater while attempting to swim to the boat dock. They were not wearing lifejackets when the accident occurred.

A number of agencies arrived at the lake after responding to a 911 call about a jet ski accident. Illinois DNR officers and the Benton Fire Department Dive Team found Graham’s body using sonar after searching for nearly an hour.

Benton Fire Chief Shane Cockrum said that if someone is underwater for 30 minutes in warm water, the rescue mission shifts its focus to recovery. Upon arriving at the lake, his crew collected as much witness information as possible in order to narrow down on a search location.

Getting hurt in an accident on the water can be a frightening experience. Speak to a boating accident attorney at Briskman Briskman & Greenberg to learn about the possibility of getting compensation for your injuries.