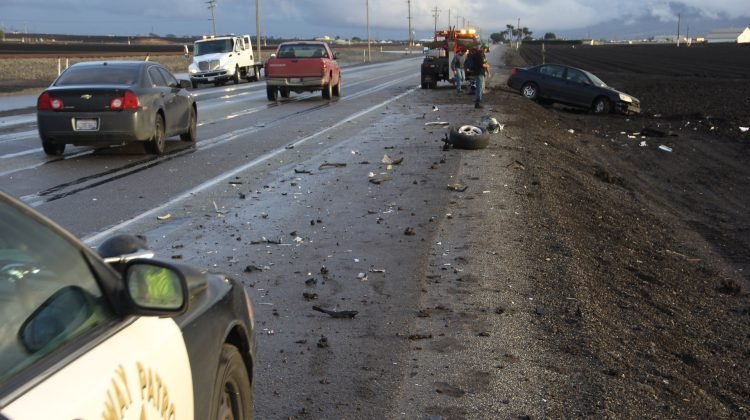 A 93-year-old World War II Air Force veteran was killed in a hit-and-run accident on Interstate 64 near Nashville, Illinois.

Ervin H. Goeden was a passenger in a Toyota Avalon that crashed after being hit on the side by a passing vehicle. Goeden’s son Eugene P. Tomasello, 56, was driving the Toyota Avalon when it was struck by a black Cadillac STS.

Tomasello survived the car accident with minor injuries. He told authorities that the Cadillac appeared to be traveling 100 miles per hour.

Illinois State Police said Goeden’s 81-year-old wife Patricia was also a passenger in the Toyota. She was airlifted to a hospital after suffering broken bones and other serious injuries in the crash.

According to authorities, the Cadillac approached the Toyota from behind at high speed. Tomasello said he thought their vehicle was going to be rear-ended. However, the Cadillac suddenly changed lanes, and then abruptly returned to the lane.

The Cadillac driver did not stop at the scene of the accident. The vehicle was last seen traveling eastbound on Interstate 64. Illinois State Police are investigating the fatal hit-and-run crash and searching for the driver believed to be responsible.

Reckless driving is one of the leading causes of car accidents. In some cases, victims can take legal action to hold the careless driver responsible for their injuries. Contact the car accident attorneys at Briskman Briskman & Greenberg to learn more.