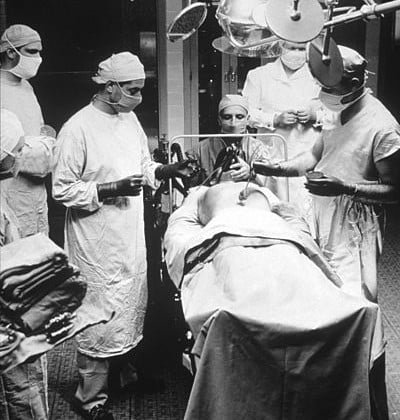 An Illinois jury has returned a $3.1 million medical malpractice verdict for a former Loves Park police lieutenant whose leg was amputated as the result of a doctor’s negligence.

The Illinois Jury Verdict Reporter stated that it was a record verdict for Winnebago County for a leg amputation. The trial took place at the Winnebago County Courthouse and lasted two weeks. The jury returned a verdict after less than five hours of deliberation.

Donald Johnson had a history of peripheral vascular disease. He was complaining of weakness and dizziness on August 10, 2010 when he was admitted to Rockford Memorial Hospital. Johnson was treated by a doctor who applied a special gauze bandage called an Unna Boot to Johnson’s leg, which remained on for a period of five days. The lawsuit claimed that the boot should not have been used — tests had revealed that Johnson had only 41 percent blood flow to the leg, making the restrictive wrap dangerous.

The lawsuit claimed that the doctor, a general surgeon, failed to consult with a vascular surgeon and failed to employ surgical options to restore blood flow to the patient’s leg.