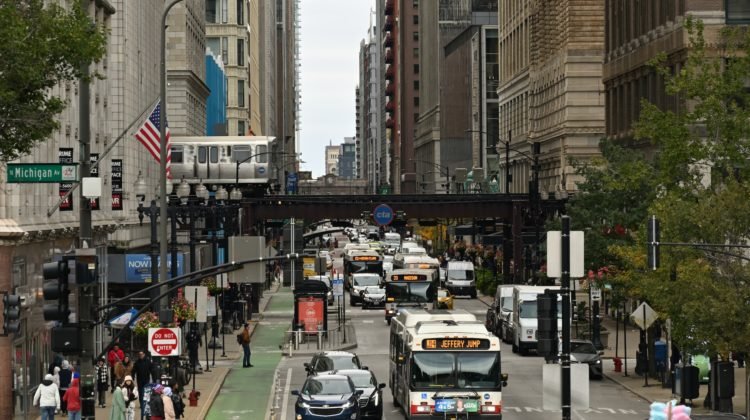 Drivers are back on the roads in full force amid the easing of work-from-home policies and pandemic-related closures. American drivers, however, are struggling with high gas prices and arduous daily commutes. With more vehicles on the road, there is also an increased risk of car accidents that can cause serious injuries and even fatalities.

Driving conditions vary greatly from city to city, with some motorists faring better than others. Chicago has long been known for its traffic woes, but a study has now ranked it among one of the five worst U.S. cities for drivers in 2022. Driving in the city requires navigating one-way streets in the Loop, along with watching out for pedestrians and cyclists. Rush hour is also notorious for heavy traffic.

WalletHub.com released a list of the best and worst cities to drive in. The personal finance website ranked the 100 most populous cities in the United States based on traffic and infrastructure, safety, cost of ownership and maintenance, and access to vehicles and maintenance. The study examined the cities across 30 key variables of driver-friendliness, with a score of 100 points representing the most favorable conditions for drivers.

Chicago was listed 96th overall out of 100 cities. It scored a 99 for traffic and infrastructure and 52 for safety. Smaller cities performed better overall, compared to larger metropolitan cities with heavier traffic. Raleigh, North Carolina, took the top spot as the best U.S. city for drivers while Philadelphia ranked worst.

The traffic and infrastructure category consisted of factors such as annual hours spent in congestion per auto commuter, number of cold days, quality of roads and average commute time by car in minutes. The safety metric evaluated the likelihood of car accidents in the city compared to the national average, traffic fatality rates and seatbelt usage, among other factors.

Many aspects that contribute to negative driving conditions are beyond the control of Chicago drivers, such as poor weather conditions or how roadways are built. However, motorists can practice safe driving behaviors behind the wheel to help minimize the risk of car accidents.

Unfortunately, car accidents are a reality of driving on Chicago roads. Driver negligence is often to blame for injury-causing crashes. Speeding, distracted driving, road rage, tailgating and drunk driving are some of the common reasons collisions take place in Chicago.

Car accidents can result in expensive medical bills, along with property damage. Crash victims have the right to pursue compensation for their accident-related losses from the driver responsible for their injuries. Filing a personal injury claim allows you to obtain damages for your medical bills, lost wages, emotional distress and more. Because there are strict time limits involved with taking legal action, it is important to consult an experienced car accident lawyer as soon as possible.

If you have been injured in a car accident, contact the Chicago car accident attorneys at Briskman Briskman & Greenberg. Schedule a free initial consultation to discuss your case and find out about the possibility of recovering compensation for your injuries.