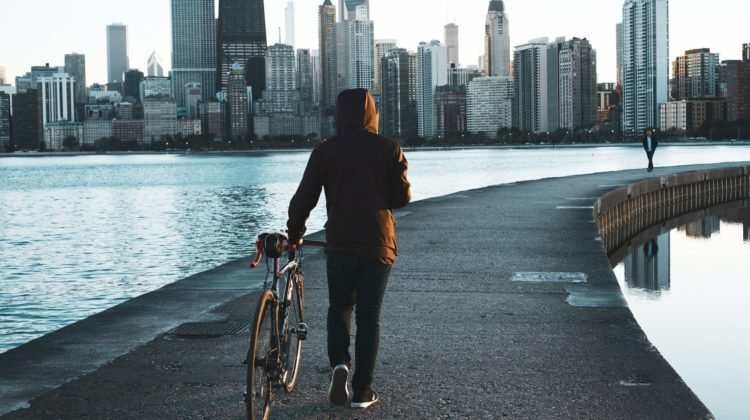 Heavy traffic. Narrow lanes and shoulders. A Metra construction project. These hazards raise the risk of a crash for cyclists and pedestrians. On one stretch of Milwaukee Avenue, all three combined creates an even more dangerous situation for local residents.

Between Kilbourn Avenue and Addison Street, Milwaukee Avenue has become the deadliest place in Chicago for bicyclists. Some bicycling safety groups seek to change that situation – and save lives.

The Hidden Dangers on Milwaukee Avenue

In the first five months of 2022, three people died in bicycle accidents in Chicago. They include a bicyclist killed in a hit and run crash near the intersection of Milwaukee and Kilbourn Avenues.

The cyclist killed near the intersection is not the first person to suffer the ultimate consequences of a driver’s error. A memorial site across the street from where the May 2022 accident occurred, commemorates another cyclist who died in 2019.

Although not all accidents are preventable, the city of Chicago has identified Milwaukee Avenue as a major threat for bicyclists. Only thirteen percent of Milwaukee Avenue currently has bike lanes, but this may change.

Neighborhood residents and local advocates have pushed for safety improvements in recent years. Some efforts have proven successful. For instance, in 2019, a crosswalk was installed near Schurz High School, between Milwaukee and Waveland Avenues.

However, these short-term changes haven’t been enough to alter drivers’ behaviors to produce a safer roadway. Drivers often ignore the crosswalk and pass through the intersection instead of stopping for pedestrians. Plastic bollards intended for speed control are often damaged by speeding cars, and their absence in the winter prevents them from affecting drivers’ behavior.

A lack of protected bike lanes means that bicyclists must use traffic lanes to navigate their way through the city. Although bicyclists are legally allowed to ride with traffic, drivers who fail to look for bicyclists may be held responsible if an accident were to occur.

The results of a traffic safety study on the Milwaukee Avenue roadway recommended a second crosswalk, a stop sign, and flashing radar or speed signs to alert drivers to their rate of travel. But, none of these improvements were installed in time to prevent the most recent death near the Milwaukee and Kilbourn intersection.

What Chicago Residents Should Know About Bicycle Accidents

The half-mile stretch of Milwaukee Avenue between Kilbourne Avenue and Addison Street has gained attention by many. It may not be the only place in Chicago that needs improved safety measures for bicyclists and pedestrians, but it is a good place to start.

Chicago bike lanes end suddenly or fade into traffic, leaving bicyclists without a protected place to ride. A bicyclist who may have enjoyed the protection of a bike lane for three or four blocks is suddenly left adrift, without the benefit of a bike lane – and at the mercy of surrounding vehicle traffic.

Parts of Milwaukee Avenue closer towards downtown have concrete curb bike lanes, which offer excellent protection to bicyclists. Painted bike lane markers create space, but they depend on vehicle drivers to obey the boundaries created by the painted line. Forcing bicyclists to ride in the traffic lane, while legal, poses serious risks of sustaining serious bodily injuries.

Chicago driver and passenger deaths have been declining in recent decades. Bicycle and pedestrian deaths haven’t decreased – even though the total number of bikers and walkers have. The numbers indicate that safety measures for motor vehicles are working to save lives but that more must be done to ensure safety for commuters who don’t use motor vehicles.

If you or a family member have been injured in a bicycling accident, contact Briskman, Briskman & Greenberg today. Our Chicago bicycle accident lawyers can help you understand your legal rights and pursue the compensation you need. Call us today for a free and confidential consultation.