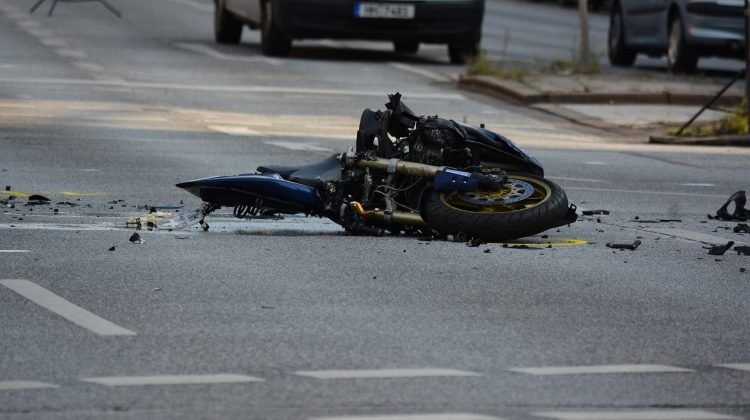 Eight people were injured after a school bus collided with a motorcycle in Chicago’s Roseland neighborhood. The impact caused the school bus to crash into the fence of a parking lot.

Emergency personnel and police rushed to the scene of the Far South Side accident, which occurred just before 7 a.m. The school bus contained seven people including a 50-year-old woman and six teenagers ranging in age from 15 to 19 years old.

A Chicago Public Schools (CPS) spokesperson said the school bus was heading west on Michigan Avenue to the Chicago High School for Agricultural Sciences when the crash occurred. According to CPS, all five students on board the bus were in stable condition. They were taken to area hospitals as a precaution.

Authorities said the 37-year-old man who was riding the motorcycle was transported to Advocate Christ Medical Center in critical condition. His brother said he was on his way to work at the time of the crash. Chicago police are investigating the cause of the collision.

Motor vehicle accidents can cause serious injuries such as broken bones and brain injuries. It is possible to seek compensation for one’s medical expenses, lost earnings, and pain and suffering from those responsible for the crash. Contact the experienced attorneys at Briskman Briskman & Greenberg today to learn more.