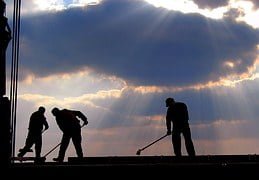 The Illinois Department of Labor (IDOL) observed Grain Bin Safety Week from February 21 to 27 as part of a national effort to address the growing number of grain bin accidents and deaths.

With more than 9 percent of its total economic output arising from agriculture, Illinois ranks second for such incidents nationwide. Seven out of 10 grain bin accidents occur on family farms, which comprise the majority of the state’s agricultural industry. As on-farm grain storage increases, so does the risk of accidents related to grain handling and storage.

“During the busiest time of transporting grain out of storage bins, it’s important to make sure farmers are alert of the dangers of entrapment and engulfment,” IDOL director Hugo Chaviano said in a statement. “. . . We are working with first responders, agribusinesses and the entire community to support grain bin safety and rescue measures.”

He noted grain bin accidents can be prevented by educating people, raising awareness about life-saving procedures and offering training resources. The department collaborated with the Illinois Fire Services Institute at the Illinois State Fair in 2015 to fulfill such objectives.

Researchers from Purdue University’s Agricultural Safety and Health Program recently released a report on the injuries and fatalities that occurred last year due to agricultural confined spaces, such as grain storage facilities and feed mixers. They noted that 2015 had the second highest number of deaths in recent years.

More attention is now being given to training first responders on how to rescue people who are trapped in grain and helping grain handlers understand how to avoid grain bin accidents. A number of safety measures can help prevent such accidents, including wearing a body harness or using hand signals to communicate.