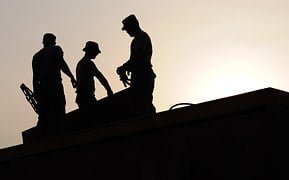 A man from Riverton, Illinois, was working to help construct a $55 million treatment facility for the sanitary district located at 3300 Mechanicsburg Road when there was an explosion that caused him to be injured on October 20. Six days later, on October 26, he succumbed to his injuries at HSHS St. John’s Hospital. Roger Creason had been a member of Laborers Local 477, and was an employee of Henderson Construction of Central Illinois Inc., which is a subcontractor of Williams Brothers, one of the defendants.

The widow of Roger Creason, who died at the age of 42, has filed a wrongful death claim against two contracting firms, an engineering firm and a manufacturer. Tracy Creason is alleging that the construction companies were negligent in permitting Roger Creason to work inside a 54-inch effluent pipe and carry out plumbing responsibilities. She further alleges that they failed to perform on-site inspections to ensure that work was being completed by the respective trades.

The suit claims that the joint tester and its bladder were in a defective condition, and caused the product to be in “an unreasonably dangerous condition” without any pressure gauges that correctly indicated the pounds per square inch during its operation. Moreover, the suit alleges that the joint tester included inadequate instructions regarding its operation and was devoid of any warnings to caution against extreme pressure.