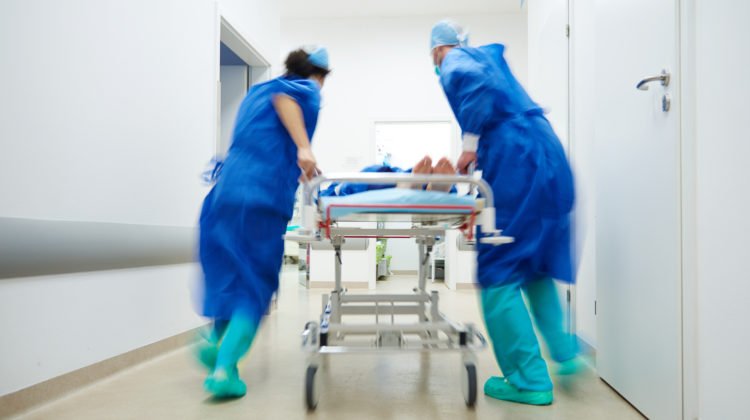 Patients rely on doctors to diagnose their medical conditions accurately and promptly so that effective treatment is possible. The reality is, however, diagnostic errors can and do occur.

Patients can suffer serious harm when they become victims of an incorrect diagnosis or delayed diagnosis. A new report reveals just how concerning the problem of misdiagnoses is in the United States, particularly in the stressful environment of emergency rooms.

Around 7.4 million misdiagnoses take place each year out of 130 million annual visits to ERs nationwide. This equates to one in 18 people receiving an incorrect diagnosis. The number includes 2.6 million patients who experience preventable harm and 370,000 individuals who suffer permanent disabilities or death due to inaccurate diagnoses.

The findings, published on December 15, 2022, were the result of a study by the U.S. Department of Health and Human Services Agency for Healthcare Research and Quality. Researchers evaluated almost 300 studies spanning more than two decades ending in September 2021.

According to the report, the top five medical conditions that doctors failed to diagnose correctly were stroke, myocardial infarction, aortic aneurysm, spinal cord compression and venous thromboembolism. The findings revealed that general or atypical symptoms were more likely to lead to misdiagnosis. For example, around 40 percent of ER patients who experienced vertigo and dizziness had their stroke missed at first. Researchers also found that women and people of color faced a higher risk of misdiagnoses.

The findings, however, have been controversial. The American Board of Emergency Medicine and nine other leading medical organizations issued a joint letter that criticized the report as “incomplete” and “misleading.”

They claimed the role of emergency medicine is to focus on stabilizing the immediate situation. It involves priming the patient for future diagnosis and treatment based on further evaluation of their symptoms. The groups also questioned the report’s inclusion of certain studies from ERs in other countries.

Regardless of the study’s validity, as a patient, you have important rights. ERs are filled with people who require prompt medical attention due to severe injuries or illnesses. When doctors work in such a stressful and demanding environment, mistakes are bound to happen.

Some conditions may be overlooked or identified incorrectly. A misdiagnosis can have harmful, and even costly, consequences for patients. They may suffer further harm on top of an existing injury or illness, or a delayed misdiagnosis could end up making their condition worse.

When medical negligence causes a patient to suffer harm and compensable damages, it may be possible to file a medical malpractice lawsuit. This type of personal injury claim involves proving that a medical professional breached their duty of care toward a patient.

If you have been misdiagnosed or experienced other diagnoses-related medical errors, discuss your case with a qualified Chicago medical malpractice lawyer. Briskman Briskman & Greenberg can help you recover compensation for the injuries you sustained due to the misdiagnosis. We have decades of experience helping clients hold medical professionals accountable for their errors. Contact us today to schedule a free initial consultation.