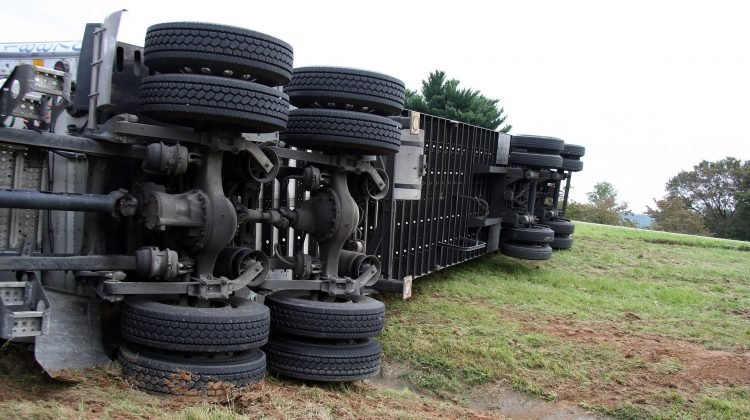 A 47-year-old man was injured in a truck accident on Interstate 64 in Washington County, Illinois. Emergency crews responded to reports of a serious crash involving a semi-truck and SUV near mile marker 43 in the eastbound lanes of the interstate.

According to Illinois State Police, Travis Akin’s vehicle collided with a semi-truck. He was traveling east in his 2015 GMC Yukon at the time of the crash. Akin was hospitalized with life-threatening injuries.

The truck driver was identified as Curtis Evans, 41, of Raleigh, North Carolina. He was cited for improper lane usage and did not sustain any injuries in the accident.

The truck was traveling in the oncoming lanes of the highway when it reportedly went out of control. Attempting to overcorrect, Evans crossed the median and rolled over into the path of Akin’s SUV. The vehicle was unable to avoid the wreck and crashed into the truck.

Truck accidents can cause devastating injuries, many of which can be fatal due to the sheer size and weight of semis. If you or a loved one has been hurt in a truck accident, you may be eligible to pursue compensation for your losses. Contact the knowledgeable truck accident lawyers at Briskman Briskman & Greenberg to discuss your case.