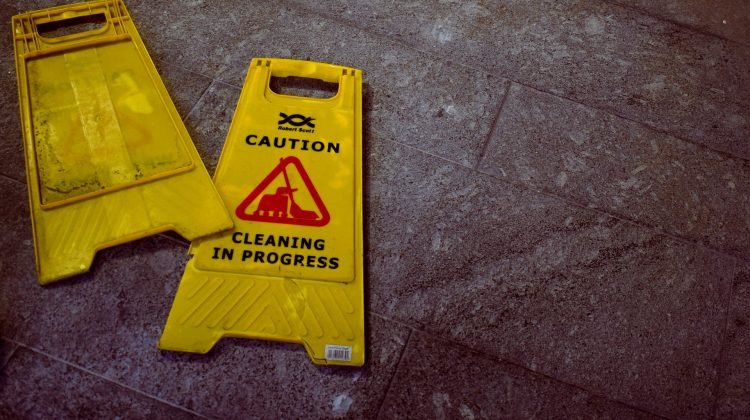 A woman’s slip and fall lawsuit against Steak N’ Shake will proceed to a bench trial after a judge denied a motion for summary judgement filed by the restaurant’s parent company in the U.S. District Court for the Southern District of Illinois.

Marilyn Mitchell sued Steak N’ Shake Enterprises in April 2017 alleging that the restaurant’s negligence caused her to fall and suffer a broken hip. Since Mitchell is deceased, her case is being overseen by special administrator Michael Mitchell.

Mitchell accused Steak N’ Shake of failing to properly maintain its premises, which led to her fall and resulting physical injuries, pain and medical costs. The lawsuit alleged that the restaurant did not adequately warn customers about the hazardous condition of the wet floor.

According to the complaint, Mitchell dined at a Steak N’ Shake restaurant in Illinois in April 2015. She slipped backward and fell on a recently mopped part of the floor as she was leaving the establishment. Security footage showed restaurant workers mopping the floor close to Mitchell’s table. The area was near the cash register and the restaurant’s front door.

The restaurant claimed it was not liable for Mitchell’s injuries as “recently mopped floors posed a known or obvious danger.” Additionally, employees had put up a yellow warning sign indicating that the area was wet.

U.S. District Judge J. Phil Gilbert concluded that although Steak N’ Shake warned Mitchell about the mopped floors, the security video clearly shows that “any customer would have to walk through the recently mopped area … in order to leave the building.”

If you have been injured in a slip and fall accident, call the Chicago personal injury lawyers at Briskman Briskman & Greenberg to learn more about the possibility of pursing compensation for your injuries.