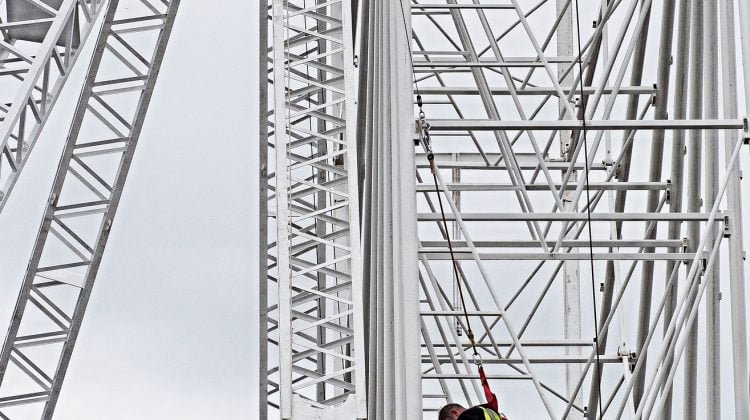 Federal officials are investigating a construction accident in Evanston, Illinois, that killed one worker and seriously injured another when a steel beam fell on them. The accident occurred at the worksite of a nine-story apartment building.

Workers were using a crane to lift steel beams from a truck. According to the Evanston Fire Department, the load was around 30 feet high when the crane’s rigging failed and a beam dropped on the two men. They were aged 55 and 27.

The 55-year-old worker was transported to NorthShore University Evanston Hospital in critical condition, where he later died of multiple injuries. The 27-year-old man was also taken to the hospital to undergo surgery. Rescuing him took longer as his leg was pinned under the beam.

Officials from the Occupational Safety and Health Administration (OSHA) are investigating the accident to determine its cause. An OSHA spokeswoman said the deceased worker was an employee of Area Erectors Inc. of Chicago, which has had past safety violations. The company was fined during construction work for Wrigley Field in 2016. In addition, one of its lift operators was killed in a workplace accident in January 2015.

If you have been injured in a construction accident, you may be eligible for workers’ compensation and other third-party damages. Contact the experienced personal injury attorneys at Briskman Briskman & Greenberg to learn more.