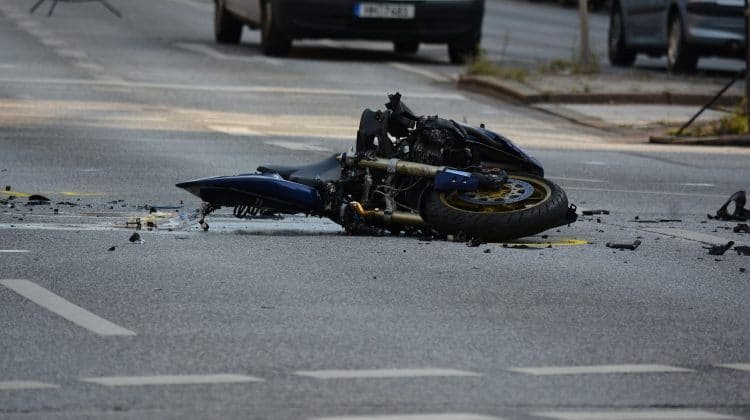 A 30-year-old man was charged with four counts of felony driving under the influence (DUI) in connection with a motorcycle accident that severely injured his female passenger. The crash occurred in St. Charles Township, Illinois.

Wright admitted to drinking two beers before “going around the block for a quick ride” on his 2016 Triumph motorcycle, according to police. His blood alcohol content (BAC) was at 0.14 percent. According to Illinois law, individuals with a BAC level of 0.08 percent or higher are considered legally drunk.

Wright said he was traveling around 40 miles per hour and did not realize he was approaching a dead end. The motorcycle failed to stop and struck some trees. He called emergency services upon realizing his passenger was injured.

The woman suffered a concussion, dislocated hip and broken bones. Paramedics transported her to Northwestern Medicine Delnor Hospital in Geneva for treatment.

If you or a loved one has been injured in a motorcycle accident, it may be possible to seek compensation. Discuss your case with the personal injury attorneys at Briskman Briskman & Greenberg to find out more.